I’m sure everyone can agree with me when I say shredding is really cool. Nothing truly sounds as crazy as someone playing ten notes per second with such energy and preciseness. Neoclassical guitar playing originated in the late 1960’s when psychedelic and blues rock was dominating the music scene. Most guitarists like Eric Clapton and Keith Richards used the blues as their background for rock music during that time period. That was until two men named Ritchie Blackmore and Uli Jon Roth of the bands, Deep Purple and Scorpions respectively, began impressing fans with his type of guitar playing that had never been heard before. Thus a new wave of fresh and exciting guitar styles was born.

Much like my previous list, Top 10 Blues Guitarists, I rank the musicians based on several factors. Those factors include the impact they made in their music genre, their overall technique, and my personal opinion. Without further ado, let’s begin ranking the Top 10 Neoclassical Guitarists!

When looking at all of the great shredders that have appeared over the last twenty years, Michael Romeo is the unsung hero of them all. Those that do know him are aware of his work with Symphony X… And what a fine job he does playing guitar for that band! His arpeggios being played over a harpsichord is actually something really interesting to hear. Imagine having Symphony X without Micheal Romeo there to play those insanely quick arpeggios with that clear and crisp tone behind it. It’s just impossible to think about!

Many consider Joe Stump to be an Yngwie Malmsteen rip off.  To some extent, that is a true statement. Yngwie is one of his biggest influences, and he does sometimes take too many of his techniques. Though, being considered a clone of one of best neoclassical shredders is nothing to be ashamed of. My guitar teacher was taught by Joe Stump at Berklee College of Music, and he credits Stump to being the man he learned the most from during his time there. That means anyone that were educated at Berklee were possibly taught all sorts of different techniques by Stump. Though he may not be the most original shredder, he is certainly one of the better neoclassical artists!

MacAlpine, like many others on this list, was a neoclassical virtuoso that made his presence known during the surge of neoclassical shredders in the mid-1980’s. Inspired by both Yngwie Malmsteen and Vinnie Moore, Tony would make thirteen solid albums showcasing his musical talent across his thirty year career. Yet, the same comparisons were made between himself and his predecessors as countless other shredders that came after Yngwie. Nonetheless, he did what most guitarists could only dream of, earning him the Number 8 spot on this list. 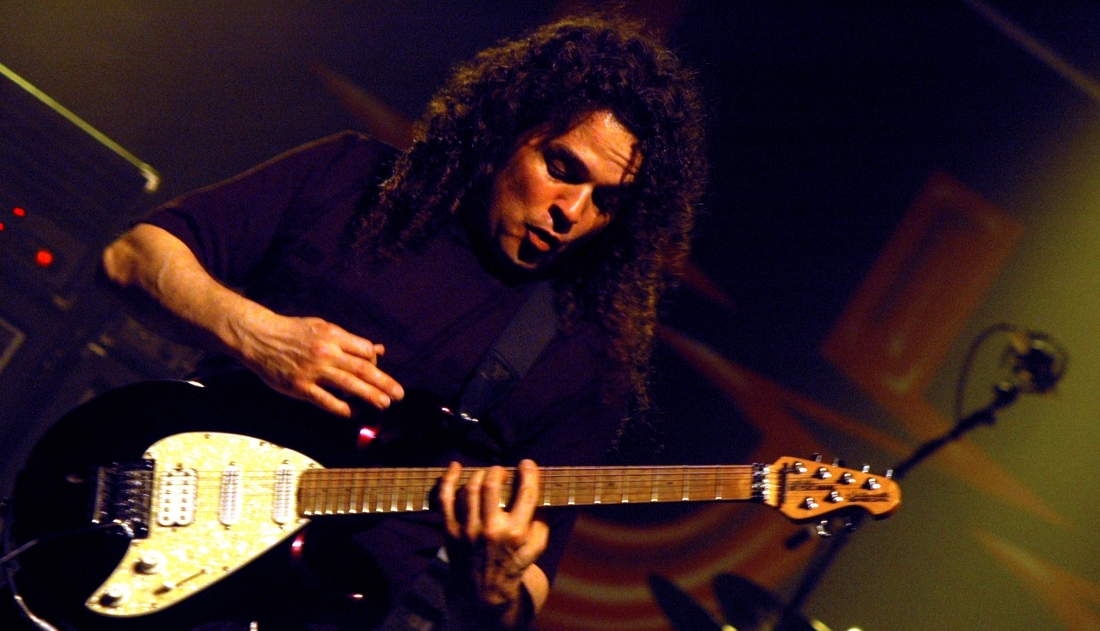 Truly a guitar prodigy, Moore began his career as a musician when he was only a teenager. Vinnie had the convenience of making his presence known in the music industry shortly after Yngwie’s Rising Force debut album released; thus, all of the other future neoclassical players would look towards those two guitarists. One thing to point out was that his sweep picking was impeccable! Those he has influenced over the years include Tony MacAlpine, Paul Gilbert, and many others during that time. Moore now plays for the hard rock band, UFO, and he is for sure a suitable replacement for Micheal Schenker! 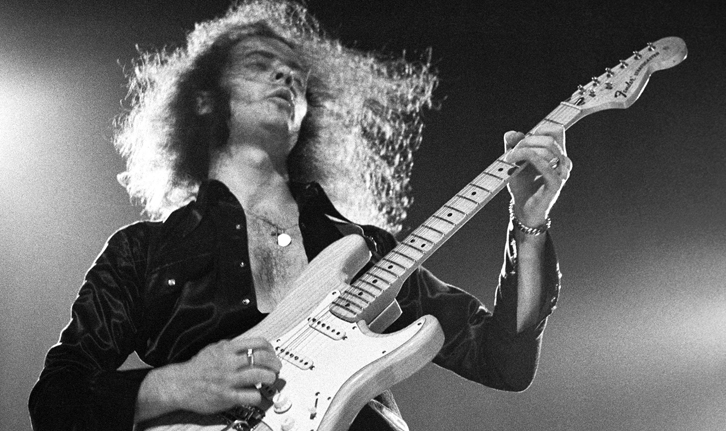 I could write an entire article about how important Richie has been to not only neoclassical metal, but to rock and metal in general! However, this list is about neoclassical metal only. When blues rock was dominating the landscape in the late-1960’s and early 1970’s, Ritchie was the first guitar player to use a classical sounding style to the electric guitar. Listen to the track “April” by Deep Purple. The solo that closes out that song includes some of the first instances of sweep arpeggios in rock music. Amazingly, his solos would only continue to improve in quality during his tenure in his own project, Rainbow. Though he used pentatonic scales during most his guitar solos, his playing laid down a style that many future players would inherent.

If Ritchie Blackmore invented neoclassical guitar playing, Uli Jon Roth is the one to perfect it! While Ritchie would change back and forth between blues and neoclassical styles, Uli would dive head first into the latter. Embracing the connection between classical music and heavy metal, Roth spent his time transcribing pieces of music to the electric guitar. He was able to take the Scorpions to another level that unfortunately did not carry over when Matthias Jabs replaced him. Listen to “The Sails of Charon” and try to tell me that it doesn’t sound ahead of its time! It’s a shame how no one knew of his talent until after he left the Scorpions. Yet, he still tours the globe showing fans just what he is capable of doing on guitar. That is why the first neoclassical purist earns the Number 5 position! 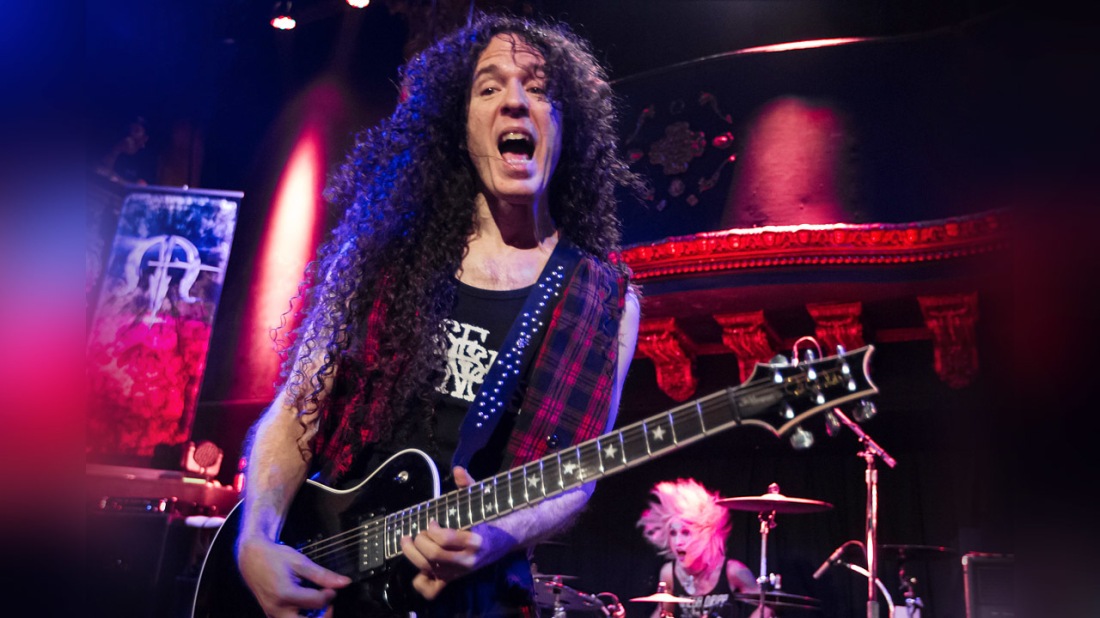 When I’m finished making this blog post, Marty is probably working on another J-pop album. His career has for sure taken one of the biggest left turns in the industry, yet his talent as a neoclassical guitar player is still unquestionable. His playing is actually one of the most unique you will ever hear coming from a guitarist of his background. Friedman often fuses both Eastern and Western styles into his music, making some interesting sounding shredding to say the least. His contributions as a skilled musician took thrash metal band, Megadeth, to new heights with their 1990 release, Rust in Peace. He showed that you could easily incorporate pedal point licks and sweep arpeggios into thrash metal. Not to mention his work with Jason Becker in Cacophony being one of the best neoclassical collaborations to ever exist! Marty has a storied career that any upcoming shredder would strive to follow… besides the J-pop part. With those reasons, Marty Friedman earns the Number 4 spot! 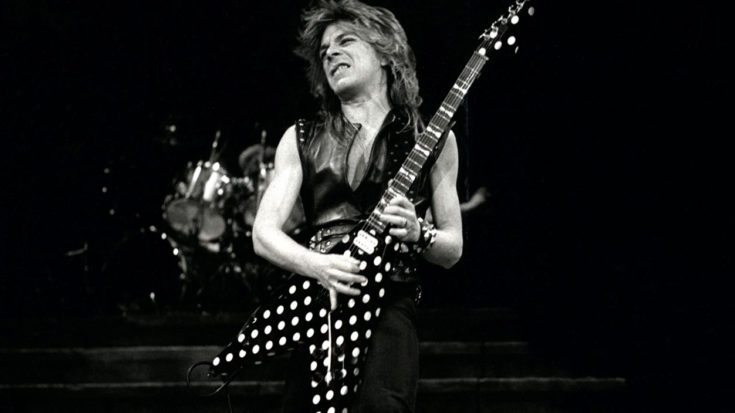 When famous individuals die, fans often exaggerate how good that individual actually was instead of remembering him or her for what they actually are. Randy Roads is not one of those individuals! Everything about him was revolutionary during his time. Even though he was always compared to Eddie Van Halen, (I don’t really understand the comparisons to be honest. Each guitarists’ forms of shredding were different in just about every way. Eddie’s form of shredding was through pentatonic scales, while Randy used various different techniques pulled from traditional classical music.) Randy stood apart from all of the other guitar players during the early 80’s with his classically trained style. It really was a shame that he passed away in the plane crash in 1982 since there were reports that the third Ozzy Osbourne record was supposed to take the neoclassical sound to the next level. Nonetheless, Randy can be credited for bringing so many different and unique guitarists into the world of music.

This is likely the point where most readers would comment, “Why isn’t Yngwie first?!” I understand why many would put him at Number 1, and for good reason. He was “THE” neoclassical shredder back in the 80’s. From Alcatrazz, to Rising Force, to his solo endeavors, Malmsteen always remained at the top of the pedestal. Unlike Ritchie Blackmore and Randy Rhoads, Yngwie soaked his playing style neck deep into neoclassical technique instead of fusing blues and classical music together. Using that style, he was seen as one of the fastest guitarists that the world had seen. His pedestal was so high up, almost every shredder that came after him were called “Yngwie clones”. It is safe to say that there could only be one other person that could be more talented than Mr. Malmsteen.

Here we are, the only person that could be considered more talented than Yngwie. I am glad to say that Mr. Becker earns the Number 1 spot on this list, and for good reason. Jason was a budding artisan with his whole future ahead of him. At just seventeen, Marty Friedman took notice of his talent, and the two formed the neoclassical metal group, Cacophony. Then, in 1988, Jason crafted one of the greatest shred albums of all time when he was only eighteen years old! Even David Lee Roth saw the talent in him by allowing him to join Roth’s band for one album. Sadly, Jason was diagnosed with ALS when he was in his twenties. Yet, his career didn’t stop there. He still composes music by using a computer at his side. Perhaps the most important reason as to why Becker was placed first instead of Yngwie is because Jason was completely original. Most shredders that made their mark after Malmsteen were viewed as rip-offs, but not Jason. He had something unique and special about him. Jason Becker is surely one of a kind, and there will never be another like him!

Though I don't have a degree in journalism, I still would love to voice my opinion on music and hear what other people have to say as well. I'm a big music nerd! You'll learn about that soon enough in my blog posts though. All of the lists I make are analyzed with factual information along with influences from my own opinion. View all posts by Chris "Amcap" Kiser